Showing posts from March, 2009
Show all

Poetic Realism and a Few Drinks

- March 31, 2009
An article about films of Aki Kaurismaki (whose Leningrad Cowboys Go America I enjoyed) by Adrian Martin. From Poetic Realism and a Few Drinks : "Kaurismaki has pulled off the hardest homage of all: his model is Robert Bresson, who preached that actors should be used as models, mere figures (Ariel offers the strongest evidence of this influence). But Kaurismaki is a secular, not a mystical Bresson, and he has miraculously reworked his idol’s stern syntax into his own, lyrical language." Read the rest of the article here . Thanks GreenCine Daily for the link. - Sujewa
Post a Comment
Read more

Fans, Friends & Followers is out 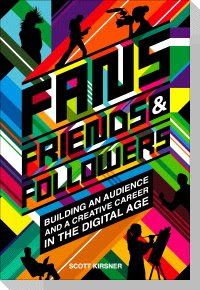 Scott Kirsner's book about building a creative career in the digital age - featuring interviews with 30 artists who are doing it - is out now, get more info. here .
Post a Comment
Read more

- March 30, 2009
Among other matters, one of the subjects I can introduce to the conversation & get some feedback, perhaps, from Haskell & Sragow is how self-distributing DIY filmmakers should go about securing reviews of their work from established critics & writers (such as the two mentioned - see their mini-bios at the bottom of this post, they've done a lot of interesting work over the years), specially when the films in discussion may not receive a theatrical run & may not benefit from marketing and reviews & other articles arrangement skills (pitching such articles to publications, etc.) of experienced distributors & publicists - a hot topic among some DIY filmmakers I know. Here is the description of the discussion event from the Atlanta Film Festival site : "Saturday, April 18, 4-5:00PM The State of Film Criticism: A discussion with Baltimore Sun movie critic Michael Sragow, film scholar Molly Haskell, and blogger Sujewa Ekanayake. *We encourage you to screen
2 comments
Read more

- March 30, 2009
Another item I saw at the ATLFF blog (a quick promo for Beeswax play at ATLFF & a bit about the flick's connection to Atlanta):
Post a Comment
Read more

- March 30, 2009
Atlanta Film Festival 2009 will be happening soon ( April 16 - 25 ), so here's a little bit about one of the films - Playing for Charlie - through an interview with its director Pene Patrick (from the ATLFF blog ): "The main character of Playing for Charlie, Tony, is a rugby player, torn between the game and supporting his family, specifically his younger brother Charlie. One could say life is a ruffian's game and the question audiences will most definitely mull over as they watch Playing for Charlie is: Can Tony remain a gentleman? It's not surprising that we have so many sports related films this year, since there's definitely symbolism in the distinctions between sport, where talent is instantly recognizable and rules offer comfort, and life off the field, in which rules seem to shift constantly and talent often goes neglected and undernourished. Pene Patrick, director - Playing For Charlie 1) If you could describe your film using only 3 words, what would
Post a Comment
Read more 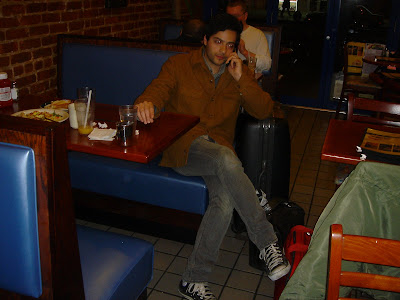 Amir Motlagh (lead in Story 1) arrives in NYC from LA after a full day of traveling - around 10 PM at a restaurant in Queens on Wed 3/18 Susan Buice (lead in Story 2) & Amir at rehearsal Susan at Snack Town in Bed-Stuy, meal break Ryan Andrew Balas (boom mic) and Richard Buonagurio (audio gear hook up, back up crew) at Snack Town Amir & Susan at Life Cafe, where many a lunch was eaten by Team BF Trouble Bears - Sujewa Ekanayake (director) & Susan Amir looking like a New Yorker, on our way back from B & H Photo on 3/19 Kami Locklear makes it to NYC from Baltimore to act in BF, this is at a Starbucks in Manhattan - near Penn Station, on 3/19 Kami in her character Kelly's outfit Amir, Susan, Kami, Sujewa after wrapping a scene, about to take off to another location Sleeping arrangements for out of town cast & crew - space age air mattress technology on right Ryan rocking the boom mic while the production camera patien
Post a Comment
Read more

"They've got printers in the basement you can use"

- March 27, 2009
This is supposed to be the trailer for a new thriller (or comedy) called After Last Season that cost $5 million to make & will be seeing a "regular-wide" theatrical release this summer (more here at Knox Road ). If all that turns out to be true at least the film industry will not have lost the ability to surprise people. The cardboard MRI machine in this trailer reminds me of the time I turned a living room into a diner set using bedsheets for a movie, but unfortunately (or maybe fortunately) that movie did not get a regular theatrical release. Anyway, enjoy the trailer: :: ADVERTISEMENT Alfonse Maiorino  - Italian Genealogy, Public Strategy Group, & more! -  http://alfonsemaiorino1.blogspot.com/ Blogger: User Profile: alfonse maiorino http://www.blogger.com/profile/01850766319936497029 Alfonse Maiorino / Al Maiorino blog  -   almaiorino .blogspot.com/ Alfonse Maiorino -  Linkedin http://almaiorino.blogspot.com/2012/04/al-maiorino-linkedin.html
1 comment
Read more

30 pages (out of about 90) of Brooklyn Fantastic script filmed

- March 26, 2009
There's going to be 2-3 story lines in Brooklyn Fantastic . The main one is the one starring Susan Buice. Another, smaller, story is the one starring Amir Motlagh. There might be a third small story that ties into the first two, or there may not be, we'll have to see where things are by mid-April. BUT, as of right now, 30 pages out of the ultimately 90 or so pages long script have been filmed (all of the story featuring Amir, most of the one featuring Susan). It's been a largely sleepless, no-time-to-shave, no-time-to-download still photos BUT capturing great performances on the DVX100B in 16 x 9 in 24p few days recently (and shooting stuff in an old fashioned way - locked down on tripod, w/ master shots & coverage, paying endless attention to image quality & sound quality). Big thanks to Susan, Amir, & Ryan Balas & Tambay Obenson (just spent like 10 hours at his apartment today filming 2 scenes) & others (like Richard B. with the audio gear hook u
Post a Comment
Read more

- March 21, 2009
From an A.O. Scott article in the New York Times magazine (thanks to The Daily for the link): "But what if, at least some of the time, we feel an urge to escape from escapism? For most of the past decade, magical thinking has been elevated from a diversion to an ideological principle. The benign faith that dreams will come true can be hard to distinguish from the more sinister seduction of believing in lies. To counter the tyranny of fantasy entrenched on Wall Street and in Washington as well as in Hollywood, it seems possible that engagement with the world as it is might reassert itself as an aesthetic strategy. Perhaps it would be worth considering that what we need from movies, in the face of a dismaying and confusing real world, is realism." Read the rest of the article here . :: ADVERTISEMENT Alfonse Maiorino  - Italian Genealogy, Public Strategy Group, & more! -  http://alfonsemaiorino1.blogspot.com/ Blogger: User Profile: alfonse maiorino http://www
Post a Comment
Read more 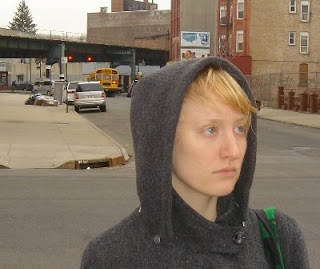 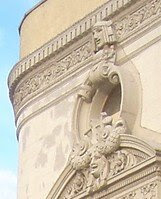 Faint praise for Alexander the Last in the New York Times (But, critical responses really don't matter to DIY film - or to some DIY films & makers)

- March 14, 2009
But hey, on the bright side - it's The New York Times! :) Check out Manohla Dargis's review of Joe Swanberg's latest Alexander the Last here . From what I've seen in the trailer, the visuals look pretty awesome in Alexander. I skipped Nights & Weekends (looked too raw in several ways), but am somewhat looking forward to checking out Alexander (even if I get bored with the story & the characters - which usually happens with me & Swanberg movies - I hear it was shot in Brooklyn, so that might be interesting to see). On to somewhat related things: maybe the kind of thing Swanberg is doing is more like blogging, and most film critics & reviewers (and movie watchers, including myself), having grown up in the age of Hollywood & indiewood are not ready/not able to comprehend or appreciate it for what it is - like most critics who complain about bloggers - & critics who want "legitimate art/entertainment in films" that looks & feels like
3 comments
Read more
More posts