Showing posts from February, 2020
Show all

The Slowdown: 'MAN' in the Mirror - video version of the podcast discussion about Amir Motlagh's movie 'MAN' 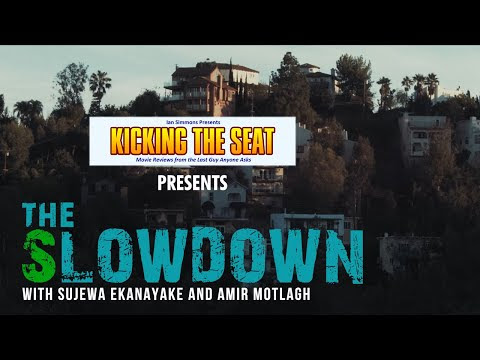 From Kicking the Seat site - "Today, The Kicking the Seat Podcast and writer/director Sujewa Ekanayake are joined once again by actor/filmmaker Amir Motlagh for a look at Amir's 2018 film, Man ! Co-written by Charles Borg, this slow cinema gem chronicles a day in the life of a computer programmer whose increasingly isolated exisence offers a warning to audiences about the dark side of technology. From another perspective, it's a first-person commercial for escaping a world packed with annoying people! The guys unpack lots of themes and theories; dig into how the movie was put together; and even get an update on Sujewa's forthcoming film, Slow Romance ! Also, Ian invites you to attend a special 30th anniversary Critics Classics screening of The Silence of the Lambs tomorrow night, hosted by F! This Movie 's Patrick Bromley! Episode 501 doesn't own a single pair of vegan Levi's!"
Post a Comment
Read more
More posts