Showing posts from July, 2013
Show all

- July 26, 2013
From the interview : "FA: As an American, can you share with us your first encounter with Simenon? Did you know him for his detective novels or mainly  for the numerous film adaptions based on his books? JR: I’ve always been aware of Simenon as the author of the Maigrets (and unfairly dismissed him as such), but it was only when New York Review Books (NYRB) began re-printing a number of his roman durs that I discovered what an amazing (and dark) writer he is.  I started with “The Man Who Watched Trains Go By”, and was immediately hooked.  I think that may still be my favorite, but I’m also a huge fan of “The Strangers in the House”, “The Engagement”, “Dirty Snow”, “Red Lights”, and “The Act of Passion” (and really all of the roman durs).  I’ve only read a couple Maigrets, to be honest, and wasn’t so taken with them." Read the rest of the interview here . - S :: :: IndieGoGo - Breakthrough Weekend ::
Post a Comment
Read more 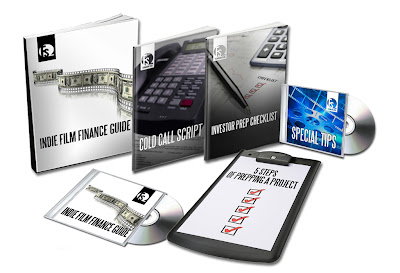 Looks interesting, & possibly useful.  Check it out here . From the site: " “The System Covers The Following Strategies” Find the first step as far as making your dream a reality How to take the first step towards your goals Elements you need before you move forward Why “prepping” is more important than finding investors How to get your hands on The Killer Script How to find a script and option it How to make your script into a killer script Why The Number is essential to prepping you project How you get the correct budget number for your project Write and refine a script with a “producer’s mindset” Insanity versus liability and why this is essential The Vested Interest Approach to Finding Investors How to identify a Liability and turn it into an asset How to identify Insanity and fix it fast Why you need a Business Plan and how to do it right Necessary elements for your business plan How to make sure your business plan remains “organic” Ho
Post a Comment
Read more

For great cleaning services in NYC - Maid For You New York

Merchant Cash Advance blog is up