Showing posts from May, 2009
Show all

Interview re: new book The History of Independent Cinema 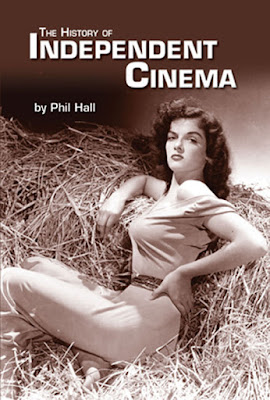 Check out an interview with The History of Independent Cinema's author Phil Hall at Alternative Film Guide . From the interview: " When did independent cinema as we generally define it today — small-budgeted, character-driven, thematically off-beat — take off? It was always there. One could argue the so-called “race films” – all-black films produced exclusively for racially segregated audiences in the Jim Crow period – were setting that example beginning in the early 1920s, when Oscar Micheaux [right] was producing and directing films such as Within Our Gates." Read the rest of the interview at Alternative Film Guide .
Post a Comment
Read more

- May 26, 2009
Saw Predator again after like 50,000 years. Flick is still excellent - except for a few goofy moments, it's kind of like a sped up Terrence Malick movie - but with an alien hunter (emphasis on "kind of like" i guess, also what if Terrence Malick were to re-make Predator?, that might be awesome). For those who are new to this achievement in cinema, here is a review of the movie at PopMatters . From the review : "Written by brothers Jim and John Thomas (who claim influences by Greek myths and Apocalypse Now) and directed by newbie John McTiernan (he had only made Nomads, in 1986, and Die Hard came a year later), Predator is surprisingly fine. Taut and relentless, it pares down, stage by stage. Beginning as if it might be a war movie (the team is sent on a dangerous mission), transforms first into horror (skinned bodies and splatted heads), then into science fiction (the discover of the alien, with electric gimmicks and awesome weapons), and finally, becomes an exist
Post a Comment
Read more

- May 26, 2009
Check out the blog here . Check out the trailer for The Boy With The Sun In His Eyes here . A description of the film: "After his best friend Kevin commits suicide, John decides his life needs a change and he spontaneously heads off to Europe to follow Kevin's muse Solange, a minor pop music diva and eccentric B-movie actress. As the odd pair become embroiled in a world of sex, drugs, and murder the boundaries of trust start to wear thin and John begins to wonder whether Solange is the victim of a bizarre lifestyle or its mastermind. Shot on location in Europe and featuring a killer soundtrack, Todd Verow's most recent film is an homage to 80's cinema and a fun installment in the prolific director's portfolio." More about Verow's movies (16 features it looks like so far, most are low budget & digital) at Bangor Films . ::  ADVERTISEMENT Alfonse Maiorino - Italian Genealogy, Public Strategy Group, & more! - http://alfonsemaiorino1.blo
Post a Comment
Read more

Yet another post about the state of indie film (this one is an optimistic one, & about the real indie/D.I.Y./individual artist w/ a day job level)

- May 25, 2009
Like that old quote about it being impossible to organize a revolution with anarchists (or something like that :), most indie filmmakers (myself included) do not listen to advice (or they hear it, but believe that they are the exception to the rule & thus it does not apply to them), but here are some observations that may be of use if you are trying to make & distribute low budget movies outside of any kind of structure remotely resembling the film industry: 1 - It's the best of times for real indie/way off-Hollywood filmmakers & it's possibly the worst of times for filmmakers who dream of getting selected to a top festival & selling their movies to a distribution company & jump starting their Holly/indiewood career. Let's take a look at what's good about the current moment for real indie/D.I.Y. (do-it-yourself) filmmakers: - relatively inexpensive, high quality image & sound capture technologies - relatively inexpensive access to a marketi
Post a Comment
Read more

Moving - be back normal sauce style in a month

- May 22, 2009
Thanks to my landlord (actually, landlady) & various arrangements, found a small but 2 bdrm apt in a very nice neighborhood in Brooklyn, so, tons of things need to be done to get my stuff in MD organized & moved & also same with my stuff in Bed Stuy - so - I don't think there will be many new posts here for the next 30 days or so. As on-going film projects ( Date Number One , Indie Film Blogger Road Trip , Brooklyn Fantastic ) come to completion of various stages (start of distro in a given format, post-production, production, etc.), will post updates here. Other than that, no blogging 'till the epic moving project is done. Have a great rest of May, see ya (back on a regular/daily basis) in mid-June. - Sujewa ::  ADVERTISEMENT Alfonse Maiorino - Italian Genealogy, Public Strategy Group, & more! - http://alfonsemaiorino1.blogspot.com/ Blogger: User Profile: alfonse maiorino http://www.blogger.com/profile/01850766319936497029 Alfonse Maiorino / A
Post a Comment
Read more

- May 22, 2009
The audience I saw Terminator Salvation with in a theater in Silver Spring, Maryland tonight was laughing AT certain scenes & lines spoken by characters in the movie. So, one of the scariest movies/stories of my younger days has been turned into a confusing & mostly nonsensical accidental comedy in its 4th incarnation. We need to send McG back in time, to maybe 3 or 4 years ago (whatever point before they started shooting TS). Here are some of the elements McG & a great/skilled screenwriter & an editor need to work on, as they re-make TS: - the threat to humanity needs to be less sci-fi/time travel/alternate reality/theoretical whatever. What worked in the original terminator was that AN UNSTOPPABLE ROBOT WAS COMING TO KILL HUMANS. -- possible ways to achieve this: take the story forward in time - Skynet has given up on trying to use time travel to keep John Conner from being born. Now it is using other methods, unexpected & more sinister methods, to deal
3 comments
Read more

- May 20, 2009
:: Check it out here (while I figure out how to embed a player that'll fit right into this space). :: In this episode we visit Chuck Tryon ( The Chutry Experiment ) in North Carolina, then take a food break at a roadside restaurant, and continue on to Atlanta. Atlanta Part 1 features a walk in a park with Noralil Ryan Fores ( ShortEnd Magazine , we'll see more of Fores in Episode 3), and an interview with Gabe Wardell ( Gabe's Declaration of Principles ) & Paula Martinez ( Paula's After Thoughts ) who are directors of the Atlanta Film Festival. Topics discussed include: roles blogs play in keeping in touch with film culture in larger cities, positive and negative sides of the film blogging revolution. For more on Indie Film Blogger Road Trip , go here . :: ADVERTISEMENT Alfonse Maiorino - Italian Genealogy, Public Strategy Group, & more! - http://alfonsemaiorino1.blogspot.com/ Blogger: User Profile: alfonse maiorino http://www.blogger.com/profi
Post a Comment
Read more