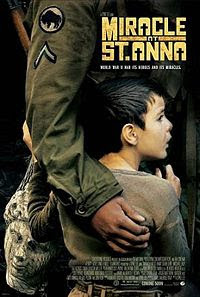 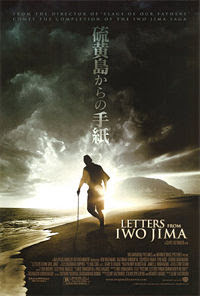 On the down side, I lost a few hours of work during the last couple of days commenting at the Guardian Film Blog post re: Lee and Eastwood, but on the up side, I received a reminder lesson on a few things; value of people, their work and historical events can completely and totally be different from person to person/value of things is definitely in the mind of the beholder, Spike Lee is an incredibly unique & valuable figure in the history of American and western cinema; perhaps more people will articulate this in decades to come (since Lee does a good job, perhaps too good of a job promoting himself, perhaps a lot of people are hesitant to add to the praise at present), some people find Lee to be a threatening figure; they take everything he says at face value or as the final word on things/Lee's final perspective as opposed to perhaps being the starting question, the opening, to a discussion or an argument, and, interestingly enough, the time spent dealing with Lee haters & Eastwood fans reminded me also of being very impressed with Eastwood's Letters from Iwo Jima when I first saw it; a very unique, positively unique Hollywood movie that humanizes one of America's WWII enemies.

In some ways, there are similar progressive, ground breaking, pro-diversity aspects to both Eastwood & Lee's careers. Both men have directed movies about African-American jazz musicians, both act in their movies (not something every Hollywood writer/director does), and both have directed two new kinds of WWII movies (Eastwood's Letters from Iwo Jima; taking a look at the war experience of the enemy from multiple perspectives, Lee's upcoming Miracle at St. Anna; fictional yet quite possibly for the first time in Hollywood history a theatrically released film telling a story about African-American WWII soldiers). Maybe the little verbal battle at Cannes turned out the way it did (Eastwood telling Lee to shut up, Lee commenting that Eastwood is not his father) because the two men are similar in some important ways; both want to (and have) break new cinematic storytelling ground, and both have used stories featuring non-"white" people for that purpose (still a rare thing in the total output thus far of Hollywood). So, underneath the visible dissatisfaction between Lee and Eastwood, there might just be some recognition of similarity, and thus perhaps even feelings of competition among relatives kind of thing; of course only those two in their private thoughts can know exactly what, if anything of significance aside from the obvious & visible, is going on between the two; but from where I stand I see two artists with similar concerns and methods at odds over maybe an actual issue, maybe something else entirely.

Back to people who hate Spike Lee. Some of these people are full out racists to whom Spike Lee or any other non-"white" person can never contribute anything positive to the world. Those pathetic souls are easily recognizable in the comments, and are to be expected to show up at a discussion re: Lee's movies. But some of the other commenters at the Guardian blog made some worthwhile points; the number of African-American soldiers at Iwo Jima were few (around 900, officially assigned to supply duty) compared to the number of "white" & other soldiers (over 110,000 if I recall correctly), and there were no African-American soldiers involved in the flag raising. Thus giving Eastwood a break on not having any significant African-American characters in Flags of Our Fathers. However, these same commenters miss the larger point behind Spike Lee's critique of Eastwood's & many other WW II movies: contributions of African-American & other non-"white" WW II soldiers who fought for the Allies has been ignored by Hollywood for decades. So, to people who are aware of that reality, each fresh addition, every new WW II movie that fails to show African-American soldiers is both a continuation & a reminder of the past neglect.

Eastwood's Flags does however improve Hollywood's record of minority representation in one key way, by having the Ira Hayes character being played by a Native American actor.

All in all, what the Guardian post comments prove is that representation of history is something that a lot of people are passionately concerned with, and that film directors (specially if their work is being widely distributed by Hollywood) can have a significant effect on exactly how historical events are remembered and or interpreted by the general public.

I think the on-going fascination Hollywood & movie goers in many countries & communities have with World War II is a good thing; because in between stories of bravery & sacrifice, we get to see how tragic & horrible that epic conflict may have been to directly experience. Perhaps these fresh reminders by directors such as Eastwood and Lee will keep the world from sliding into a third World War. On the flip side, if another Hitler or Imperial Japan were to rise up, we could always refer to the memory of WWII - kept alive through movies & many other, more accurate, things - in order to meet & effectively deal with that challenge.

Those are some of the things I learned and or thought about by responding to comments by some people who hate Spike Lee (there were some who like Lee at the post, and some who are lukewarm on Lee) & people who very strongly disagree with Lee's critique of Eastwood's WW II movies. For the details, go to the Guardian post & read the several hundred comments.

Anonymous said…
If you are interested in hearing from Spike Lee directly....Spike Lee will be honored at the SILVERDOCS: AFI / Discovery Channel Documentary Festival for his documentary work which includes FOUR LITTLE GIRLS and WHEN THE LEVEES BROKE: A REQUIEM IN FOUR ACTS - on June 19, 2008 www.silverdocs.com
June 11, 2008 7:24 AM

Click on the images below for the full episode 478 featuring all the guests.  Or see the YouTube video segment of Amir Motlagh segment only at bottom of page. *    * Info on the screening at Chicago Filmmakers here . - S
Read more

Apparently Eric Rohmer - a celebrated filmmaker in the art house film world - and his racist beliefs have been an open secret for decades.  I only heard about it last night.  See images and links below. Rohmer thought that only Europeans should make movies.  And he did not like multi-ethnic casting in movies.  Avoided casting non-white actors in his movies for decades - thus making his movies racist. There are plenty of other, non-racist, French and other filmmakers we can watch. Avoid Eric Rohmer movies - racism is a dangerous belief system - has lead to the death of millions of people in the past. From - paragraphs 5 and 6 -  https://artsfuse.org/152414/book-review-a-superb-biography-of-french-filmmaker-eric-rohmer/ From a new article by Richard Brody, paragraph 11 -  https://www.newyorker.com/culture/the-front-row/looking-behind-eric-rohmers-cinematic-style - Sujewa
Read more

Jack Kerouac reading from On The Road - a YouTube clip

- August 11, 2007
On The Road, one of my favorite books (I read it once every year), one that I found for the first time in the early 90's & which kept me from getting too sad during a Chicago winter, is turning 50 years old this year. In celebration here is a YouTube clip of author Jack Kerouac reading from his book: - Sujewa
Read more